Creativity is our Business 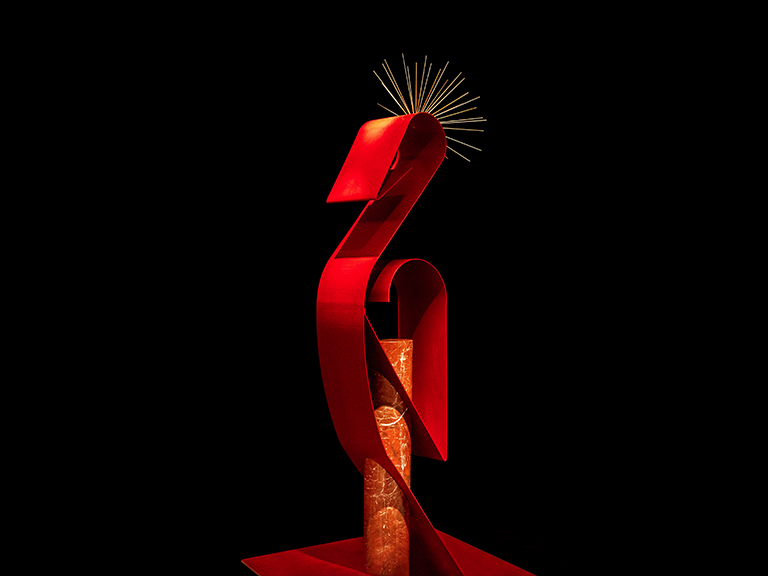 A haughty, loyal and proud animal, the Crowned Crane has always been recognized in several cultures as a pure and regal entity. Its tall and slender appearance accentuates its elegance and bearing, while the crown of golden feathers gives it character and composure.
The Crowned Crane presents itself in Animalia by recalling and abstracting these traits, highlighting and remarking them. The lightweight body, obtained from skillful processing of metal plates, joins a cylindrical marble support that emphasizes the stable bond of the animal and gives it tone. The head, adorned with an explosion of golden elements, reminds to the natural heirloom worn by the animal and dialogues with a metal sheet that turns into a base, ensuring sculptural stability to the crane.
And so, by combining metallic and natural tones, the Crowned Crane appears in its majestic essence of a noble bird bearer of wisdom. 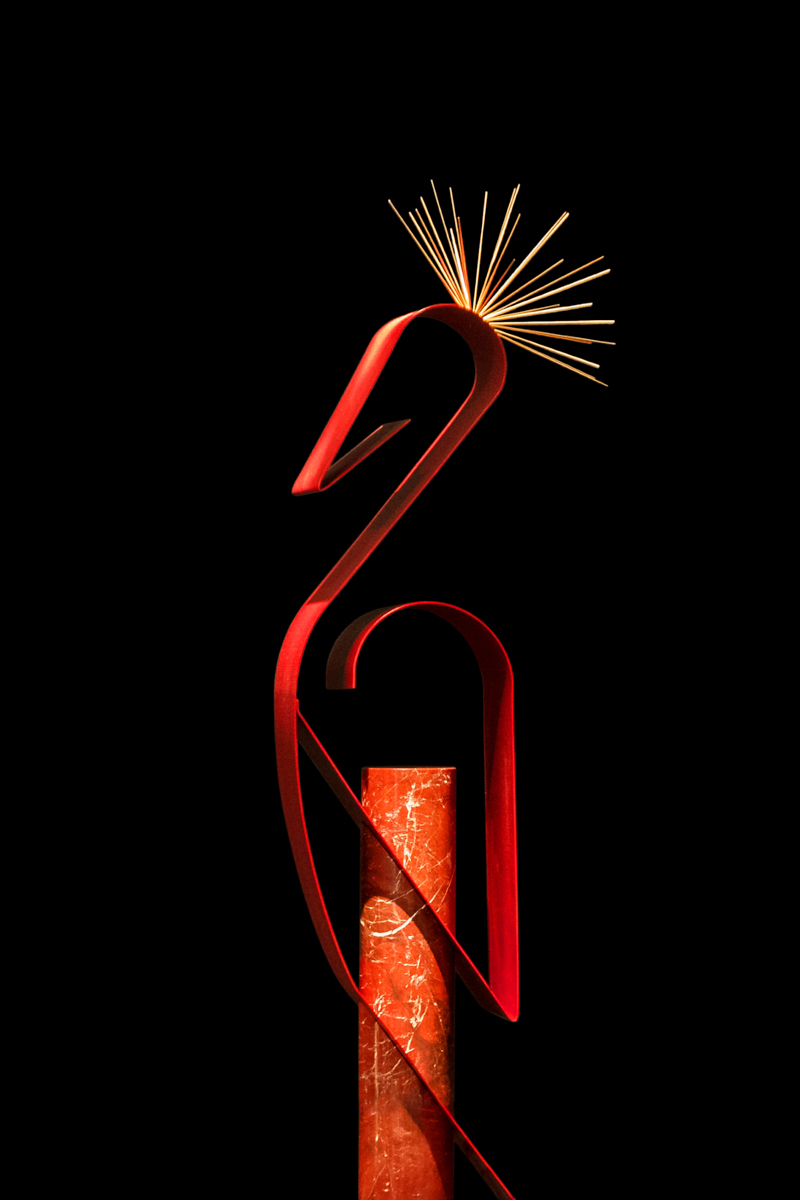 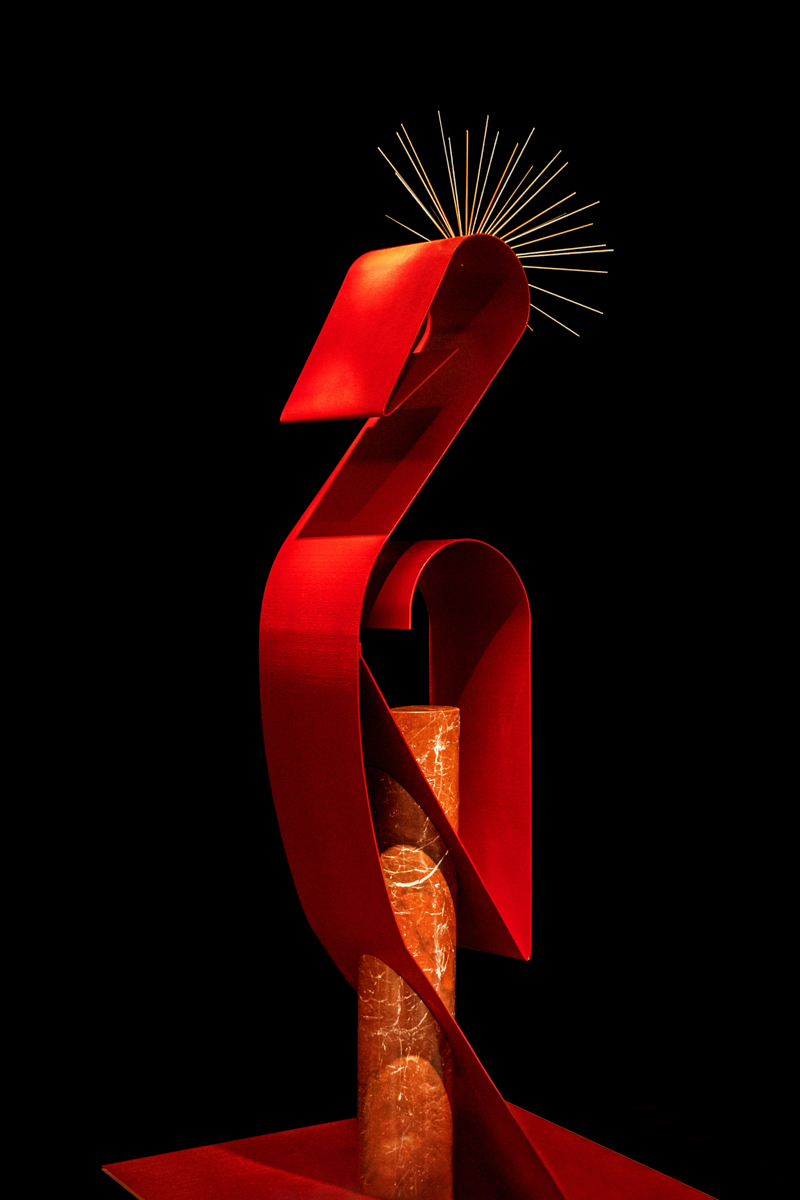 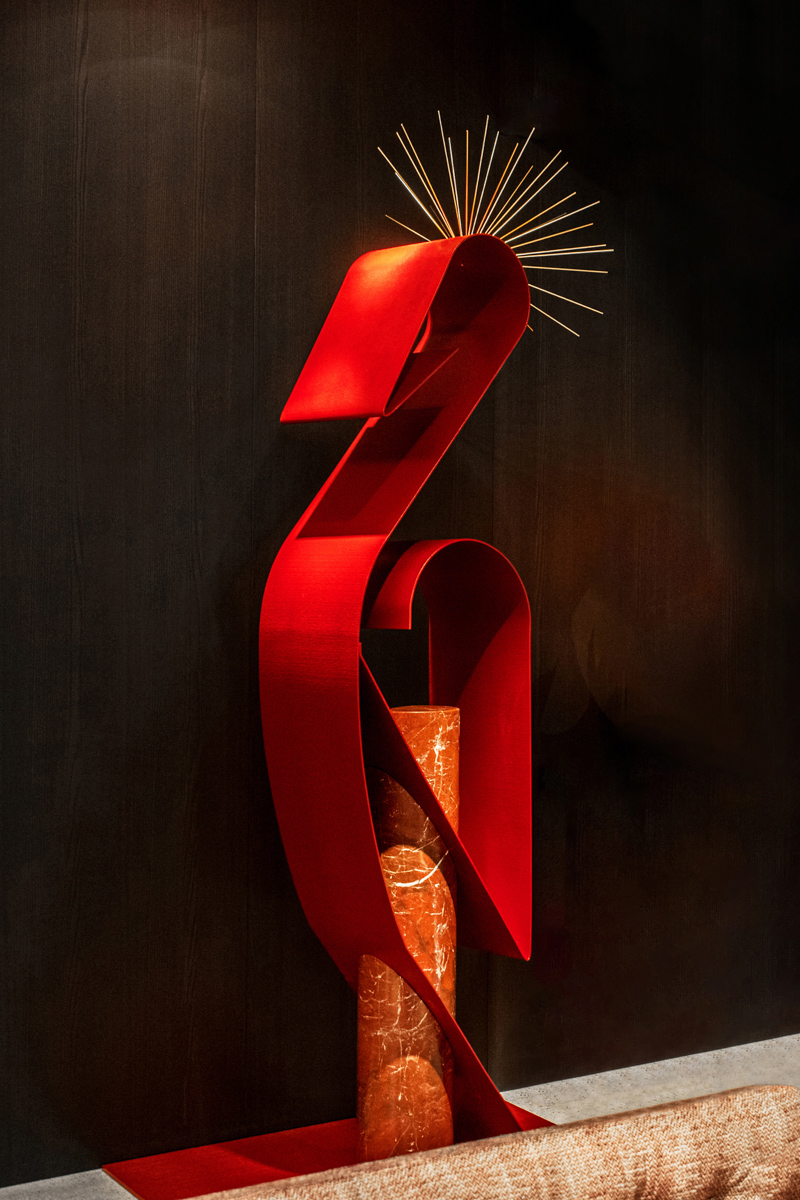 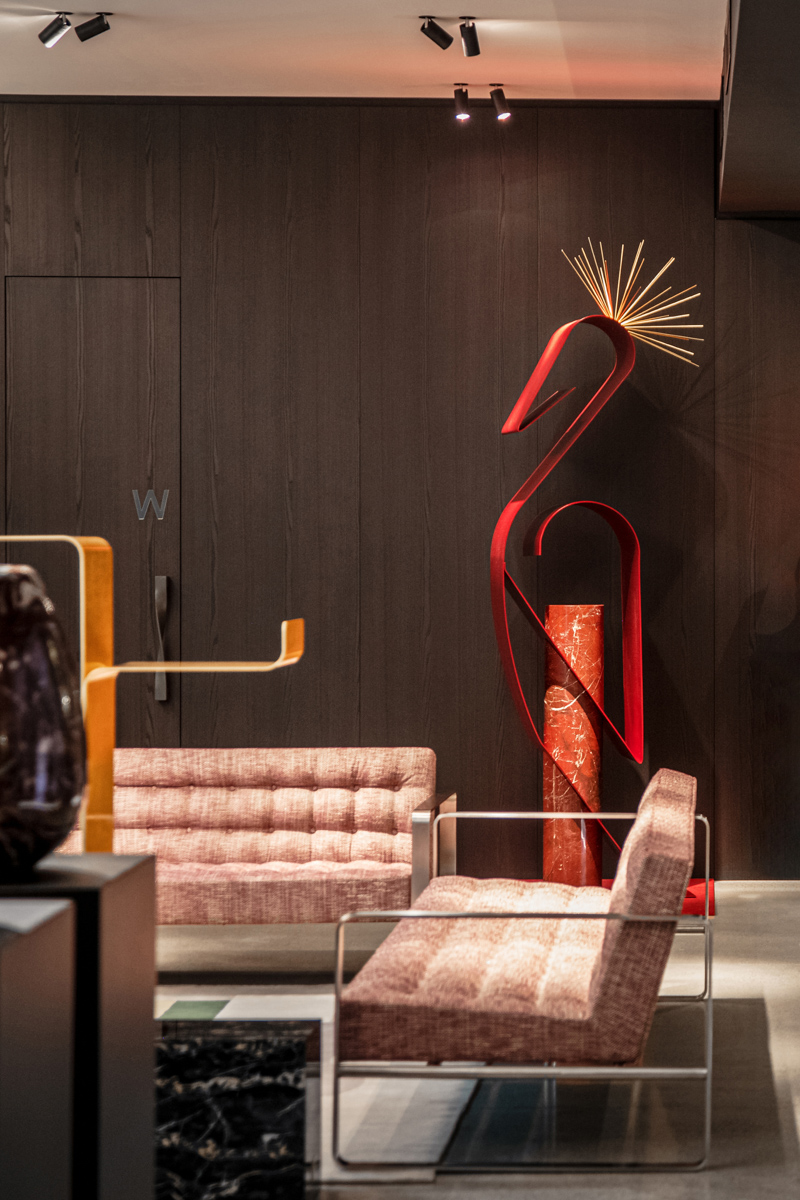